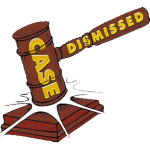 I have read through all of the concurring Justices of the US Supreme Court concerning the Dredd Scott case.  It was a 7 – 2 decision (Taney, Wayne, Grier, Daniel, Campbell, Catron, and Nelson with the Majority; Curtis and McLean both dissenting) in which the judgment was reversed and suit dismissed for lack of jurisdiction, based upon the following:
1. Persons of African descent cannot be, nor were ever intended to be, citizens under the U.S. Const. Plaintiff is without standing to file a suit;  2. The Property Clause only applied to lands possessed at the time of ratification (1787). Therefore, Congress could not ban slavery in the territories and the Missouri Compromise was unconstitutional; 3.  The Due Process Clause of the Fifth amendment prohibited the federal government from freeing slaves brought into federal territories.

Now, each of the concurring Justices agreed with the determination of the court and the written decision of the Chief Justice; however, most of them added to the court their own opinion.  Each of them went through their own motions to show many differing reasons why the plaintiff was not entitled to file suit and that the court did not have jurisdiction to find for the plaintiff and against the defendant.  By the end of each opinion a logical line was drawn showing the position of the highest court in the land.  I still have the two final decisions to read – dissenting from the Majority of the Court.  They may bring up some interesting tidbits, but we shall see.

Trust me, it was quite a long, drawn out, and boring read for the most part; however, it was in another light a very eye opening and enlightening document of history that showed the intricate details of what it took to be a Citizen.  Something which made it quite difficult was that within the Constitution there are two distinctly differing classes of person, just as the Justices determined throughout the case.  There is the “Citizen of the United States” (as depicted in USC, Article 4, section 2) and there is the “citizen of the United States” (as depicted in the 14th Amendment).  Each is distinctly different than the other; neither to be confused with the other.  Trying to keep track of it all, since they did not differentiate the differences because each time they wrote citizen it was with the small “c”, but often were referring to the “Citizen.”  I may for the sake of clarity, at the very least, re-read through the decision of Chief Justice Taney.